spilledleche said:
Watched today’s set and had the same feeling -first time this year I truly missed being at a show. Got a little emotional a few times to be honest. What’s a Hold Steady show without hugging a stranger? Glad the band did these though. You could tell it meant a lot to a lot of people.
Click to expand...

I have a neighbor who is also a fan (I found this out when I ran into him at last year‘s sound check) and the weather was decent enough on Thursday that we were able to watch Thursday’s show in my backyard. Was great to have even just one (1) person to share it with.

Hopefully our local music venues will survive. The recent relief package did include grants up to 45% of gross revenue from 2019. Hopefully it will be distributed properly!

Went to see Daughters + Lingua Ignota + Haunted Horses on Monday. I'm absolutely grateful and thankful for the opportunity, because this 3 part show became my favorite concert of the year as of now.

The show was considered a two-headliner show, with these guys being the opener. I can't say I was too enthralled with them, but the music had some catchy noise elements. Although, I could not make out a single word the vocalist shouted (his primary method of lyric delivery). I don't have too much to say about them as their set was a little under 30 minutes.

This was the set that I was most anticipated and excited to witness. It ended up being wholly fulfilling and then some.

It took ~12 minutes to get Kristin's stage props/equipment ready. An opaque tarp covering a table and piano as well as another tarp (with several holes punctured in it, probably from extensive touring) supported by two poles as a background comprised her set, with her occasionally going behind the tarp. Very minimalist. The setlist spanned 8 songs from Caligula.

She began the set with the final stanza of "Do You Doubt Me Traitor" which sounded absolutely wretched and borderline evil. Totally silent crowd...I could hear peoples' breath trembling. She then went behind the the tarp, took off her pink (bath?)robe and performed "Faithful Servant Friend of Christ" and then returned to the stage in transition to perform all of DYDMT. During the second stanza of the song (How do I break you, before you break me? refrain), she was thrashing her microphone against her body and the piano amidst her screams and it evoked the idea of pain and suffering. It all became so clear...a harrowing personal allegory. I almost broke into tears upon this realization.

She then transitioned to "Butcher of the World," which she commenced by planting her arm on a dude's shoulder in the front and screaming into the crowd. She then went to the other side of the stage and screamed in other concert goer's face (without utilizing someone else's body as a support). She then grabbed a corded lamp underneath the piano, turned it on, put it around her neck, and hopped down into the crowd. She made her way to roughly five rows back from the stage, and the crowd made some room for her to lash and clobber the lamp against the ground. She then went back to the stage to finish the quieter, classical section of the song while playing the piano, and remained there for the two songs after ("May Failure Be Your Noose," and "If the Poison Won't Take You My Dogs Will"). Her voice for these two selections was mostly clean and extravagant, but flipped to woeful and chillingly torturous when appropriate.

She closed with "I Am the Beast." The progression of this track came to head coupled with the relentlessly noisy electronically programmed backing and her bone-chilling screams. When she emitted her final series of vocal cacophony, she banged her mic into table repeatedly which may caused more distortion in the audio mix. It became almost...ambient. She threw part of the tarp off the table and beat her mic against her body briefly before launching her mic against the tarp set up in the background, causing the poles to tumble which revealed another dim lamp. She ambled over to the lamp, covered the lamp with her body, and (seemingly) caressed it for ~30 seconds before simultaneously turning it off as the harsh noise abruptly ended. The applause was deafening. Unforgettable moment.

Kristin Hayter is a force of fucking nature.

Prior to Daughters taking the stage, I was able to get a front row spot after a generous man offered his spot for me to swap. That spot did not last too long, though.

They held no bars back by commencing with "The Reason They Hate Me," and that's where the violent crowd pushing started. I couldn't get a picture, but Lex briefly screamed at me while violently headbanging...kind of a surreal moment. Seemingly everyone adjacent to me knew the lyrics to their songs, it was loud as FUCK (and I did not have earplugs).

Lex began using his mic in fashions I have never seen be used before. From what I remember: used it as a lasso that spanned three-quarter's the length of the stage, beat it against the rhythm guitar amplifier, shoved it in his mouth while muttering something unintelligible, had it wrap around his neck and back in a hula-hoop fashion, gagged his lead guitarist with the cord, and beat the element of the microphone against his forehead to the point where he was bleeding. I really hope that mic was 18.

Throughout the set, Alexis Marshall doused himself with bottles of water and unbuttoned his shirt more and more as the show progressed. Eventually, when the show progressed to "Satan in the Wait," Lex fell into the crowd during the instrumental break and the crowd-surfing began. At least three other people, from what I saw, were also crowd-surfing during the same song. I was also pushed into back by from the weight of all the pushing that was happening, causing me to land roughly in the 4th row from the front. Being 125 lbs is not fun sometimes.

The final song "Ocean Song" was performed and the pushing mostly settled down. Although at this point, my body temperature had risen at least 25 degrees or so and I was incredibly sweaty. I was almost out of energy from being thrown around. The song prolonged for what seemed like 15 minutes. Lex was shirtless, was so wet that it looked like he came out of the shower, and was thrashing his mic against his own band members. It just seemed so visceral and certainly horrific. The other band members left the stage with guitar and bass players leaving their last note prolonged. Lex threw his mic into the nearby guitar amp, picked it up, threw it into the drumset, then trudged to the amp knobs and experimented with knobs and made the existing noise more abrasive and vociferous.

What a fantastic show. What everyone is saying about these guys live performance holds up. Mental, deafeningly loud, and fucking incredible. A must-see if you are even mildly interested in their musical alchemy.

Post-show
I took some time to catch my breath and went to chat with some other folks. It was a pretty unorganized line to the merch table, so that helped while waiting. I overheard many who were enamored by Kristin's set and how they hadn't heard her music prior to the show. Some really nice people including one person who was behind me halfway through the Daughters set making sure that I didn't fall down from the pushing. The reception from everyone seemed to overwhelmingly positive, and it's absolutely clear as to why. Lingua Ignota was my favorite performance of the year, usurping the Julia Holter concert from March this year.

Soon after the line to merch mostly died down and 99% of the crowd had vacated the venue, to my surprise, Kristin came to the table!!! ❤❤ ❤ When it came to my turn to get merch, I got a Daughters shirt, and asked Kristin to sign my copies of her records. She even asked me for my name to personalize them. After receiving the signatures, I asked her a couple of questions about the tour and another gentleman joined in (who happened to be someone I spoke with before the doors opened) on the conversation. I was only able to sustain the conversation for about three minutes before security needed us to leave. I was able to get a handshake and a thank you from her before departing. She was genuine and nice about it. I am grateful. I will not miss her if/when she comes to Portland in the future.

I came back to this post because Lingua Ignota!!!! LOVE this write-up and the pictures @Rip_City. If she ever needs someone to carry her crown when she's not actively wearing it, I volunteer as tribute.

I’m actually going to a show tomorrow! My buddy KC Turner is a promoter in the SF Bay Area and has been doing these amazing backyard/driveway shows and I’m seeing Glen Phillips of Toad the Wet Sprocket in a friend’s backyard. 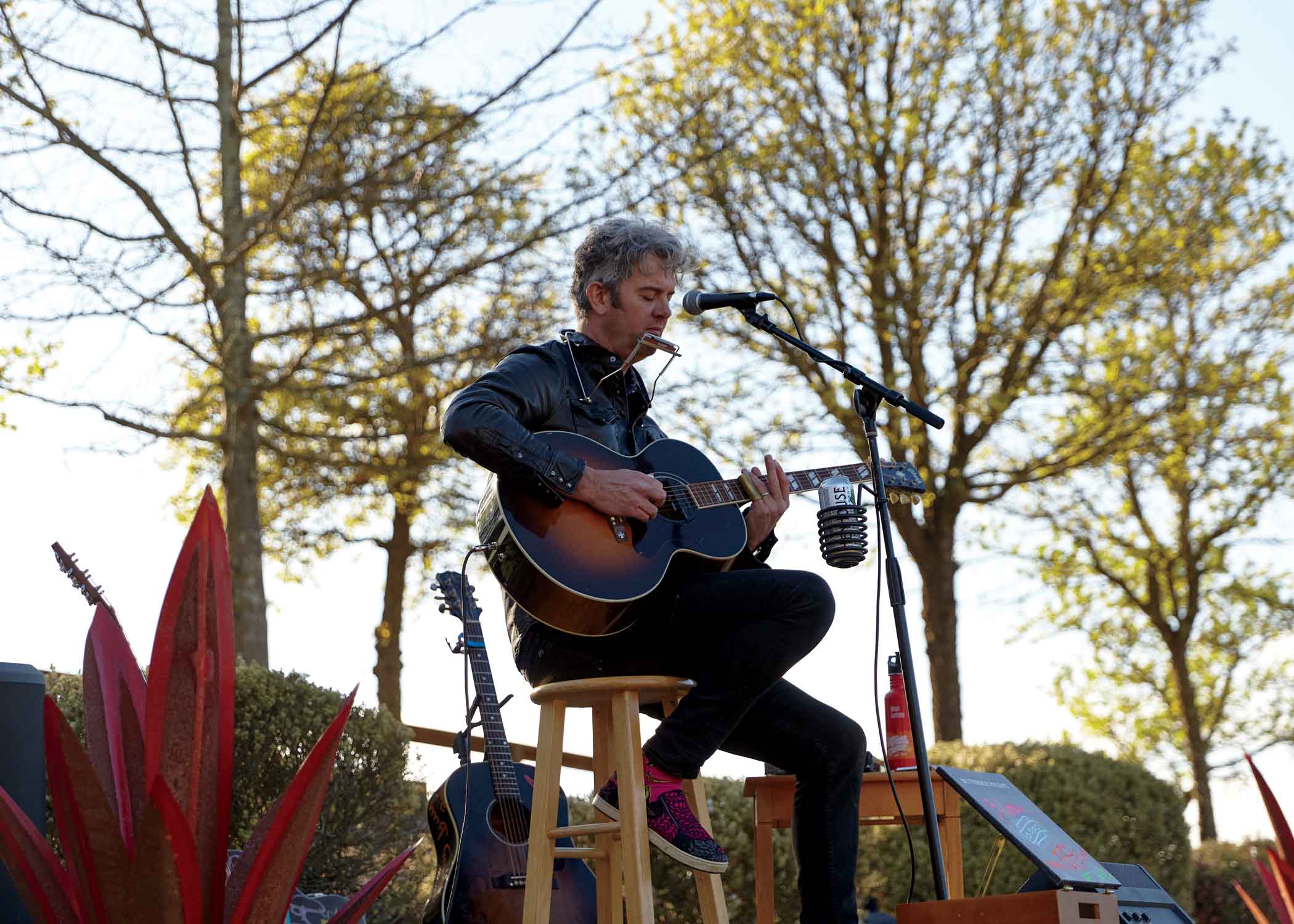 Booking a band to play your driveway or backyard is the perfect way to beat the pandemic blues. 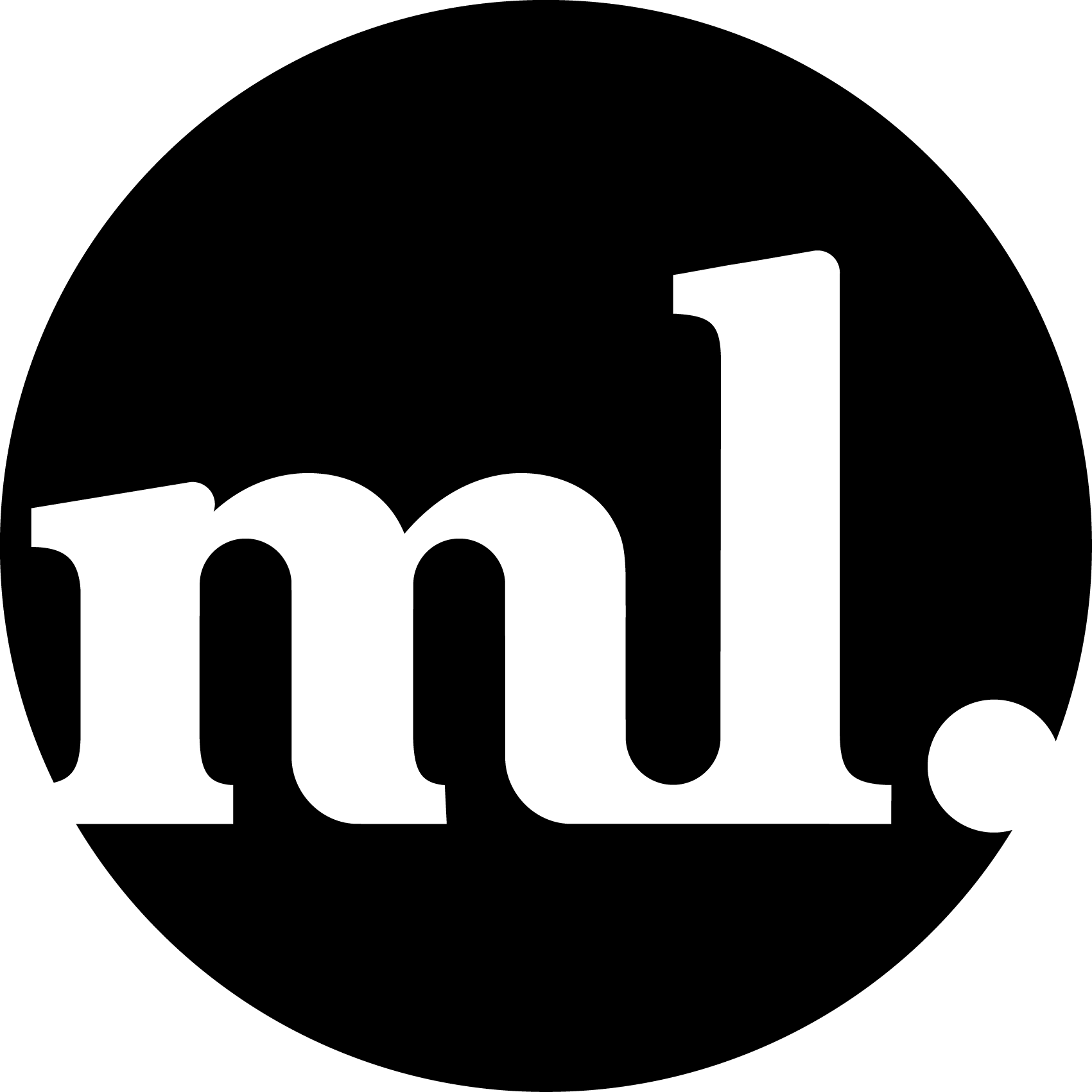 9th Row Beacon Theater for JB.
The calendar is starting to fill up!

Viking Dan said:
9th Row Beacon Theater for JB.
The calendar is starting to fill up!
Click to expand...

Nice! I failed in the Chase presale for Julien, but got lucky in the MSG Insider presale for the Beacon show. Might get Philly tix to see her as well.
if shows actually happen this fall, Sept is looking pretty good

Location
the hometown of Jason Bourne

Awesome! I also got tix, for September. Fitting as Dinosaur Jr. was the last show I witnessed, in the before times.

Viking Dan said:
9th Row Beacon Theater for JB.
The calendar is starting to fill up!
Click to expand... 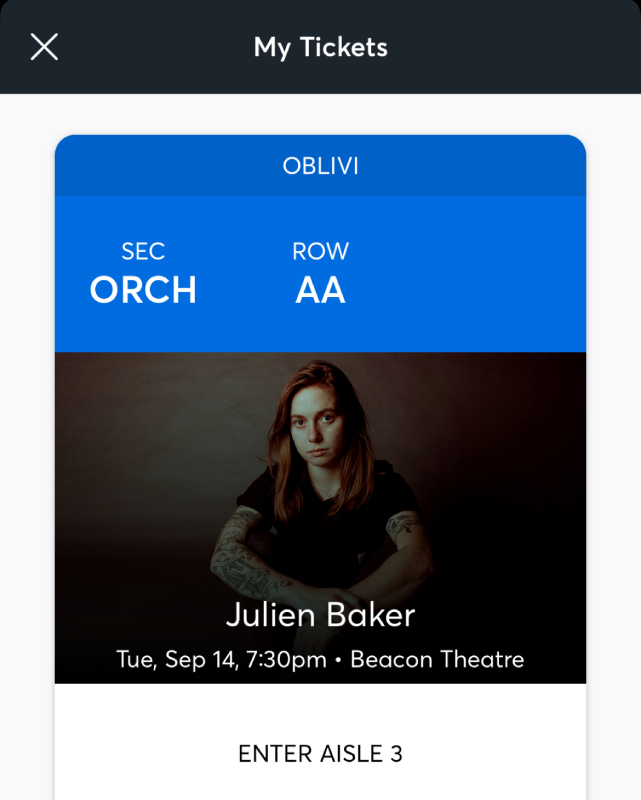 Nice!
I was late on the uptake getting the presale code off or I’d be sitting right there next to you.

Congrats. You must be the “other fan that beat me to them”. I’ll be a row behind you

Tickets for my city go on sale tomorrow! And its WALKING distance from my place.

Me buying tickets to multiple shows

Did a couple of shows of the metal variety recently.