The Pet Sounds 33 1/3 is missing from the last picture, its in my work bag.

This whole covid plague thing has me working from home, so I had to make room to work from home regularly (and I'm not the only one, so....) Reorganizing my shelves so I don't just have piles and piles of books around. So I went to IKEA and said "gimme yer cheapest yet sturdiest and 3rd or 4th handsomest bookshelves" and $40 and several screwdriver stabbings later, I had bookshelves that I immediately filled up willy-nilly. But that won't do. So I organized them. And thus I am revisiting old friends:

Brian Coleman's Check the Technique and Check the Technique 2 are the follow-ups to the (not pictured because I don't have it, because I can't find it for less than $50) Rakim Told Me. Anyway, consider these books to be sort of super-condensed hip-hop-centric 1-album-per-chapter mini-33-1/3-kinda-sorta.

Here's the index of the first one:

As you can see, all bangers, not a bad or insignificant album among them.

and here's the index of the 2nd one:

These are a joy to read, in almost every way superior to the 33 1/3 series as a whole (although not better than the best of the 33 1/3 books; when 33 1/3 are good, they are really good. But when they're dreck, they're really dreck). All the chapters are 1-album-per and they are exactly what you'd want from someone writing about an album you've heard and loved for years. Most often you have interviews with central figures -- artists themselves and/or those very close to the production of the album (e.g. Mario Caldato in the chapter on the Beastie's Check Your Head). The second volume is better put together than the first -- not just editorially but physically, the quality of the book is definitely better on that 2nd volume; even the table of contents layout is better thought-out than the first. The quality of the contents -- both in writing and album choice -- are, IMO, equally good. They're a little large and heavy for casual reading while travelling, but there are kindle editions for that sort of thing. I'm kind of surprised these haven't turned into a series unto themselves. If you're a hip-hop fan and you've wanted background on these albums, these are well worth your time. 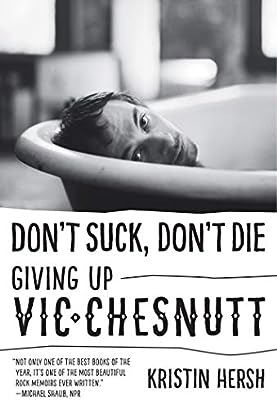 Just finished this. Kristin Hershs memoir is not an comprehensive study of the artist vic Chesnutt but a very personal tribute to their difficult friendship on rge road, mental health issues written in a very similar prose directed at vic as the "you" in the book
Last edited: Sep 24, 2020

Found this today for $10 in really nice shape.
I just had to buy it.

Got two more of these: Nice thread! Realized that I knew enough about rock to understand the different decades/genres/influences, but didn't know what to listen for/to when listening to Jazz - besides that I enjoyed it. I'm reading this book to hopefully give me some frames of reference.

imtheocean said:
Nice thread! Realized that I knew enough about rock to understand the different decades/genres/influences, but didn't know what to listen for/to when listening to Jazz - besides that I enjoyed it. I'm reading this book to hopefully give me some frames of reference.

this book is amazing and wonderful, you are in for a real treat.

imtheocean said:
Nice thread! Realized that I knew enough about rock to understand the different decades/genres/influences, but didn't know what to listen for/to when listening to Jazz - besides that I enjoyed it. I'm reading this book to hopefully give me some frames of reference.

I agree with @yukbon, its a fantastic read. Its heavy in places but dont let that put you off, its worth sticking to and is incredibly well written.

Thanks @yukbon and @Selaws - just up to Louis Armstrong now. I've got a basic understanding of music theory, so most of the deeper stuff at least makes some sense to me. Found this playlist on Spotify that is a great resource too, so I can dig in when I'm listening too. 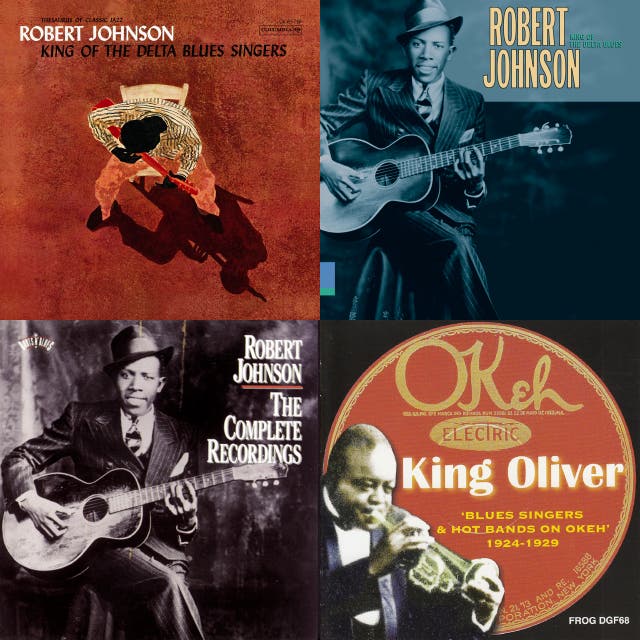 His book on jazz standards is cool too.

Sort of adjacent to the discussion of standards, there's a YouTube video by Adam neely on the subject of The Real Fake book (and fake books in general) that's a worthwhile 5 minutes

I just want music about Books...

I just want music about Books...
Click to expand...

I just want music about Books...
Click to expand... 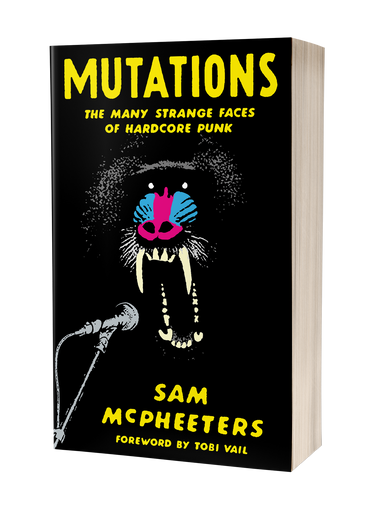 This last one isn't about music directly, but is about the Mississippi flood of 1927 which deeply impacted blues and offers context in better understanding the music and songs that were spawned from that disaster 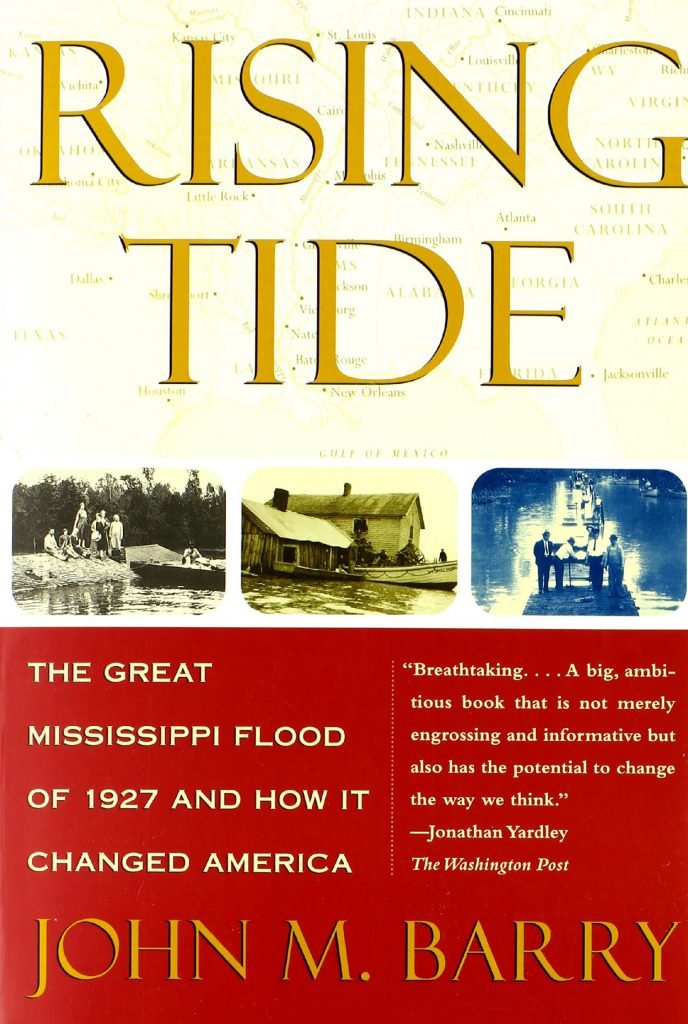 Recommended Books As one of Our Recommendations and Recommended Books, we are recommending Rising Tide: The Great Mississippi Flood Of 1927 And How It Changed America, by John M. Barry. Available t…
www.mississippibluestravellers.com
Last edited: Oct 15, 2020

John Zorn, NY jazz-weirdo par excellance, puts out what can only be called, by anyone's measure, a brutal amount of music per year. Not being content with filling your ears with sound and putting out others' music on his own label tzadik, in 2000 he started publishing the Arcana book series (also on tzadik Welcome to Tzadik). Currently it's up to Volume VIII and the website says 250 musicians have contributed (this feels like an exagerration but I haven't counted so IDK). Even a partial list of the contributing musicians who've written pieces for Arcana is like an avant-garde who's-who: Some pieces are legit eye-glazing borefests that remind you that writing is not a gift
that everyone can say they have. But largely these are all well-written pieces, if sometimes disparate. Ben Goldberg's piece is technical and requires at least passing familiarity with written music: Trey Spruance (Mr Bungle, Secret Chiefs 3, Faith No More, etc) has a piece in the second volume that veers from rumination on audience into....this....weirdass script...featuring characters (no surnames but....) such as GG, Kurt and Bon Scottus Eurigena. Foetus' piece on tinnutus is interesting, more about practicalities and the meat and potatoes of being a working musician: And the about 90% of my music books. I have a few more still boxed away. If you are interested in Post-Rock I recommend both Storm Static Sleep and Fearless. And the about 90% of my music books. I have a few more still boxed away. If you are interested in Post-Rock I recommend both Storm Static Sleep and Fearless.
View attachment 70488

Knew Fearless existed, but not Storm Static Sleep. Will have to look out to it.

I picked it up in Dublin a couple of years ago. Not great as it focused more on post 2000 artists but still interesting

And the about 90% of my music books. I have a few more still boxed away. If you are interested in Post-Rock I recommend both Storm Static Sleep and Fearless.
View attachment 70488